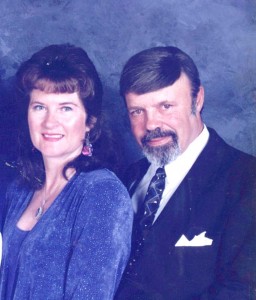 Bob Was born in Montreal and raised in a little city called Verdun on the St Lawrence river, now an annex to Montreal, Quebec, Canada.

In 1958 I went to work for a few little companies and finally got a good position with the Canadian National Railway in Pt. St Charles.

My dream to travel the world was accomplished by enlisting in the US Navy. Late in 1960, I was accepted and off I went to Basic Training in Great Lakes IL. Lots of Travel was accomplished worldwide, including 3 tours to Viet Nam, and a Tour of 14 months at McMurdo Station, Antarctica operating the Power Plant, which was better known as Penguin Power and Light (PP&L).

Retired from the US Navy Sea Bees in 1980 as a Construction Electrician Chief Petty Officer.

Linda was born in Oxnard, California December 1957, Raised in Camarillo, California and still living in the same city, 53 years later. HerÂ  son Shaun is a 5th generation Californian and has 2 children Riley and Kayden.

Linda has been a school teacher for many years, has taught 4th and 5th grader’s and for the last several years has been teaching the 6th grade at Las Colinas Middle School.